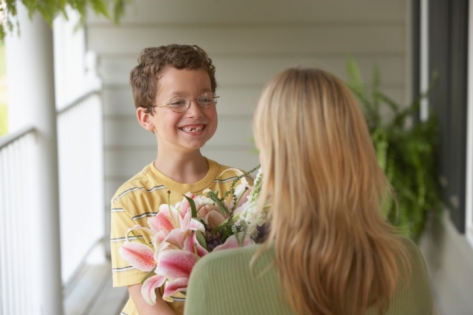 The time required to follow all of these steps will vary, depending on circumstance. However, we suggest that you try to perform an act of kindness, guided by one or more of these steps, at least once per week.

While there are many factors that determine whether or how giving will promote happiness, below are three strategies that have been supported by research. They were singled out by researchers Elizabeth Dunn and Michael Norton in their book, Happy Money: The Science of Smarter Spending.

As Dunn and Norton report, these strategies can not only boost our own happiness but help us create more positive giving experiences for children, students, employees, donors, and others.

One of the most encouraging findings to have emerged from the science of happiness is that people take delight in giving to others. In fact, several studies have found that spending money on others brings more happiness than spending on yourself. However, the research suggests that this isn’t always true; certain factors need to be in place in order to maximize the psychological benefits of giving.

This exercise walks you through three key factors, highlighting the ways that acts of generosity—in yourself or others—can have the most positive effects on happiness.

Giving feels especially good when it feels like a choice, rather than an obligation, in part because it allows people to express their generosity as well as their autonomy, and feelings of autonomy are key to general life satisfaction. Giving also feels better when it involves interpersonal connections because it helps satisfy what researchers consider to be a fundamental need for social connection, and it can also serve to enhance our close relationships. Finally, witnessing giving’s positive impact on others’ lives can elicit contagious feelings of joy and also increase one’s own feeling that they can complete succeed at a task or goal—what researchers call “self-efficacy,” an important factor in well-being and resilience.

Weinstein, N., & Ryan, R. M. (2010). When helping helps: Autonomous motivation for prosocial behavior and its influence on well-being for the helper and recipient. Journal of Personality and Social Psychology, 98, 222-244.

Four studies found that participants felt greater well-being after helping others when their help was self-chosen rather than externally dictated. This was true for helpful acts performed during participants’ everyday lives as well as in a laboratory.

Participants derived more happiness from giving money to a charity that explained how the funds would be used to make a difference in the life of a recipient than one that did not offer this explanation. A second study showed that reflecting on a past experience of giving led to greater happiness when it had a positive impact.

When we Make Giving Feel Good, we’re more likely to create a habit of giving. How kind and generous are you? Take the Altruism quiz to find out:

To feel more connected, skip the small talk and ask these questions instead.

Help teens understand and express what they are thankful for.

A simple, effective way to work through an emotional challenge.