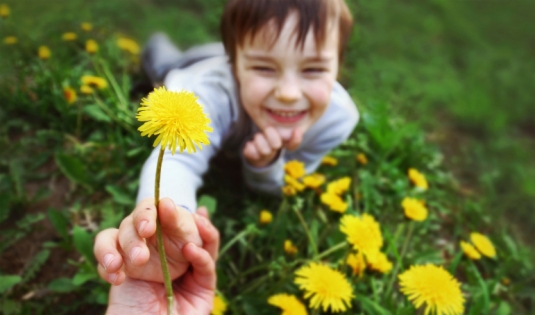 The time required for any of these techniques will vary. Try to use one of them at least once per week.

Research suggests that children have a strong, perhaps innate, propensity for kind or altruistic behavior, which involves acting to promote someone else’s welfare, even at a cost to oneself. However, research also suggests that there are particular ways kids can be encouraged—or discouraged—from acting on this propensity.

In particular, their penchant for kindness can be influenced by how adults praise or criticize them. Sometimes, even subtle actions and word choices by parents, teachers, and other adults can make a big difference. This practice offers specific techniques that can help nudge kids toward kindness and generosity, behaviors that are not only good for the people they help but for their own well-being, too: Studies have found that altruistic people tend to have better social relationships and experience greater happiness.

These strategies for fostering altruism are effective because they build on children’s deep-rooted inclinations for kindness. Using external rewards can undermine kids’ natural tendency to reap the intrinsic rewards of doing kind things for others. Praising children in ways that emphasize their altruistic character can make them more likely to see themselves as good, helpful people, and this positive identity can, in turn, make them more likely to behave altruistically in the future. On the flip side, when kids misbehave, inducing guilt rather than shame is effective because it suggests that they’re not fundamentally bad people, they just made a poor choice but are capable of making better choices in the future.

Toddlers who received a material reward for helping someone in need were subsequently less likely to help again later, compared with those who had previously received only verbal praise or no reward at all. This has been demonstrated in a range of age groups.

Eight-year old children who were told that they were helpful people for performing an altruistic act (donating some of their marbles to poor children) subsequently engaged in more altruistic behavior (e.g., sharing pencils or donating drawings to sick children) than did children whose behavior alone was praised or were told nothing at all. Ten-year old children, however, benefitted from praise directed at either their character or their behavior.

Many of these strategies draw from ideas and research cited by Adam Grant, Ph.D., a professor of management and psychology at the Wharton School of the University of Pennsylvania, in his New York Times article, “Raising a Moral Child.”

Do you model altruistic behavior for your kids? Take the Altruism quiz to find out:

A writing exercise that makes you feel awesome.

Use language that sparks helpfulness in children.