Help students tune in to the positive events in their lives. 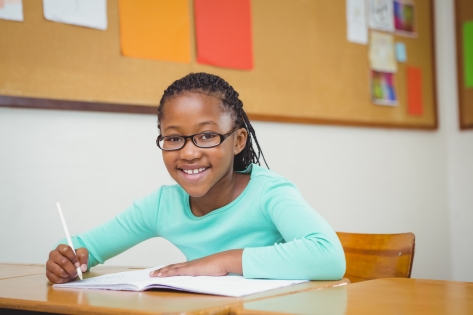 20-30 minutes daily for at least one week

Preparing: In this exercise, you will guide students to complete the Three Good Things practice. Explain to students that they will be keeping a diary for a week in which they will record three good things that happened to them each day and an explanation of how they achieved or contributed to the good things. Try to encourage them to really think deeply about these positive things.

Selecting good things: First, ask students to think about “three good things that have happened to you today.” If they are having difficulty focusing their attention on positive experiences, you can prompt them by directing them to situations where they tried their best, overcame a difficulty, helped a peer in a certain way, or did well in class. (You can also suggest a quick brainstorming session in pairs or groups of three.) Some possible prompts include:

Generating explanations: Then, ask the students to write down what they did in each instance that contributed to the “good thing.” Again, if they require further support, you can prompt them as follows:

Students can either list all three good things first and then complete the explanatory section, or complete one good thing followed by its explanation and repeat twice more.

Sharing with others: If there is time, after students have written their three good things and their explanations in their diaries, they can talk about one of the good things that happened to them with a peer. This will hopefully encourage them to focus on why the good thing happened and reinforce positive thinking.

Research on this practice involved students ages 8-11, but it can be adapted to other age groups.

Just like adults, children can get caught up in the things that go wrong in their lives—like getting bad grades, feeling left out, or experiencing conflict with parents—and forget to appreciate all the positive things. Three Good Things is designed to highlight the positive moments, experiences, and people that children may sometimes take for granted.

After 30 minutes of practice for a week, this exercise has been shown to boost students’ happy feelings, a benefit that might spill over into other aspects of their lives. Students who experience greater positive emotions tend to put in more effort to overcome obstacles, engage in classroom activities more, and be less stressed at school. In addition, positive mental health in childhood is linked to educational achievement and professional success later in life.

By writing down good things that happen to them each day, students are effectively practicing how to remember and recall positive experiences. This could help positive memories come to mind more easily and spontaneously, researchers speculate. Many positive experiences involve other people, so Three Good Things may also remind students of the fun, supportive, and kind people in their life.

Beyond helping students recognize the good, Three Good Things invites them to reflect on how they help bring it about, fostering a sense of personal control. Among adults, research suggests that believing past positive events are more in your control may protect against depression.

In a study of around 600 students ages 8 to 11, the group who completed Three Good Things for a week reported being happier afterward and three months later, compared to the group who just journaled about their daily experiences. There was also some evidence that the exercise could help with symptoms of depression, particularly for students who were less happy to begin with.

Reflecting on Three Good Things can spotlight the good and boost students’ feelings of thankfulness. Do you have an attitude of gratitude? Take our Gratitude quiz to find out:

A way to tune into the positive events in your life.

How to appreciate a loved one by imagining your life without them.

Change your outlook on a negative event — and enjoy less stress.