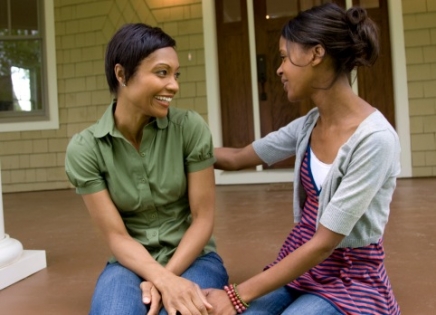 15 minutes. While it may be hard to find time to do this practice every time you are struggling with a difficult situation, an initial goal could be to try it once a month.

Take out a sheet of paper or open a blank document on your computer and go through the following steps.

Research suggests that people are usually harder on themselves than they are on others. Rather than motivating them to succeed, this often makes a mistake or stressful situation even more stressful—to the point that they’ll simply avoid new or challenging experiences for fearing of failing and eliciting a new wave of self-criticism.

This exercise asks you to notice the differences between the way you typically treat the people you care about and the way you typically treat yourself. It also asks you to consider why there may be differences between the two, and to contemplate what would happen if you treated yourself as compassionately as you treat others. Research suggests that treating yourself more compassionately can benefit your physical and mental health.

Research suggests that the way people treat themselves is shaped in part by how others have treated them, but it can also be influenced by how they treat others. Because people often find it more natural to be compassionate toward others than to be compassionate toward themselves in a challenging situation, one way to increase self-compassion is to imagine what one would say to a friend in a similar position, then direct those same sentiments toward oneself.

Participants in an eight-week Mindful Self-Compassion (MSC) program, which included learning exercises like this one, reported feeling greater self-compassion at the end of the program than they had at the beginning. Their self-compassion at the end of the eight weeks was also greater than that of a comparison group that didn’t participate in the program. The MSC participants also reported greater mindfulness and life satisfaction, and lower depression, anxiety, and stress, than the comparison group.

Participants who recalled a time when they gave emotional support to a friend or who gave actual support (in writing) to another person reported greater self-compassion for themselves around a problem with which they were struggling, compared with participants who didn’t think about supporting a friend.

When you're struggling, are you a friend to yourself—or a harsh critic? Take our Self-Compassion quiz to find out:

Build compassion and interconnection by seeing your similarities with others.

Savoring Moments of Connection With Kids

Reflect on caring memories with your child to feel closer.